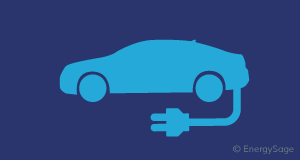 All-electric vehicles, as their name suggests, run solely on electricity. The motor in an AEV is powered entirely by rechargeable battery packs. An AEV will take longer to charge than a PHEV as they have a larger battery. The number of miles an electric car can travel on a single charge is known as its “range.” Charging your AEV on a regular basis and not allowing the battery to run out fully will help maintain a higher vehicle range.

All-electric vehicles use regenerative braking, which recharges the battery by recovering some of the energy that is usually lost when a driver applies the brake. This can help the charge on the car last longer, especially when used in driving conditions such as cities where drivers are required to brake more frequently.

AEVs can typically travel 60 to 120 miles on a single charge, with some luxury models reaching over 300 miles per charge. According to the U.S. Department of Transportation, 80 miles of range is sufficient for 90 percent of all household vehicle trips in the United States.

When comparing AEVs, range is a crucial aspect to evaluate: the higher the range, the longer a trip can be without needing to recharge. The tradeoff with higher-range AEVs is the price, as the majority of these vehicles are considered luxury models and have a higher price point.

A number of car companies make more affordable AEV options, but these have lower ranges than their luxury counterparts. These vehicles range from the Mitsubishi i-MiEV with a range of 62 miles per charge to the Nissan Leaf with 84 miles per charge . One of the highest ranging non-luxury brand cars is the Hyundai Ioniq Electric with a 124 mile range. 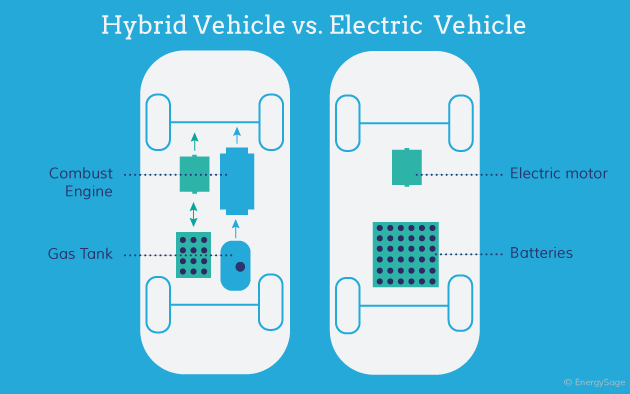 Plug-in hybrid electric vehicles (PHEVs) differ from all-electric vehicles in that they have both a battery and an internal combustion engine that uses gasoline. As a result, PHEVs have a longer range than AEVs. PHEVs run on electricity for a shorter range – usually somewhere between six and 40 miles – and then switch over to gasoline to power the internal combustion engine. From this point, PHEVs function like a hybrid electric vehicle, consuming less fuel and producing fewer emissions than similar gasoline-powered vehicles. Like all-electric vehicles, PHEVs use regenerative braking to recharge their batteries.

Having both electric and gas as options make PHEVs a great choice for drivers who need cars for longer trips. Having the gas backup can also help alleviate a common concern for electric car owners known as “range anxiety”: if you travel beyond the range of your car’s battery, you won’t be stuck on the side of the road with no way to get home. Plug-in hybrid electric cars have a shorter battery range on average than their AEV counterparts, but they do use fuel more efficiently than conventional cars.

As with buying any vehicle, considering the needs of the driver, the length of trips, and the price are all an integral part of the process. In addition to taking into account the range of the electric battery, it is also important to note the vehicle's fuel-based mpg when comparing your options. Learn more about the pros and cons of plug-in hybrid electric vehicles compared to conventional cars in EnergySage’s conventional vs. PHEV/hybrid guide.

Which type of electric car is right for you?

Purchasing a vehicle is ultimately a personal decision that should be based around the car that best fits your needs. Electric vehicles, whether all-electric or hybrid are a great investment that reduce your fuel costs and harmful fossil fuel emissions. In addition, combining the purchase of an AEV or a PHEV with a solar panel system can create an at-home charging station that harnesses the power of the sun to charge your vehicle, further reducing your costs as well as your impact on the environment.