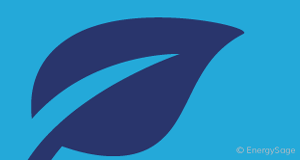 Over the last decade, there’s been an increase in the purchasing of electric vehicles (EV). There are many reasons why one might consider making the switch to an EV – electric cars are higher efficiency than gas-powered cars, can reduce your dependence on fossil fuels and require less maintenance than most cars, to name three popular reasons.

One draw for many people who decide to buy an electric car is that EVs are often considered to be one of the most sustainable forms of transportation. Unlike hybrid vehicles or gas-powered cars, EVs run solely on electric power – depending on how that electric power is produced, your EV can be run 100% on sustainable, renewable resources. There are four factors to consider when evaluating the impact of electric cars on the environment: tailpipe emissions, well-to-wheel emissions, the energy source that charges the battery, and the car’s efficiency.

When an electric vehicles is running on electricity, it emits no tailpipe (also known as direct) emissions. When evaluated on that factor alone, EVs are a lot more eco-friendly than conventional gasoline-powered vehicles on the market today.

However, when evaluating the eco-friendliness of an electric vehicle, you also need to take the “well-to-wheel" emissions into account. This is an overarching term that includes greenhouse gas and air pollutants that are emitted to produce and distribute the energy being used to power the car. Electricity production results in a varying amount of emissions depending on the resource. While “being green” in the act of driving your electric vehicle is a start, if your primary goal in purchasing an electric vehicle is to reduce your greenhouse gas and pollutants emissions, you should also prioritize using zero-emissions electricity wherever possible.

When taking well-to-wheel emissions into account, all-electric vehicles emit an average of around 4,450 pounds of CO2 equivalent each year. By comparison, conventional gasoline cars will emit over twice as much annually. The amount of well-to-wheel emissions your EV is responsible for is largely dependent on your geographic area and the energy sources most commonly used for electricity. For example, if you live in California, your electricity likely comes from natural gas. This doesn’t hold true if your electric vehicle is being used and charged in New Hampshire, as the state sources most of it's electricity from nuclear power plants.

Natural gas provides the majority of electricity in the United States, followed closely by coal. It is often considered to be the “cleanest” fossil fuel, because it emits 50 to 60 percent less carbon dioxide than coal. Coal is responsible for around 65 percent of carbon dioxide emissions by the electric power sector in the U.S. That being said, even if your electricity is primarily from a coal plant, driving an EV will likely still overall have lower or similar well-to-wheel emissions when compared to a conventional car. In most places in the United States today, the mix of resources used to generate your electricity mean that driving an electric vehicle will produce lower well-to-wheel emissions than a traditional car.

How to maximize the environmental benefits of your electric car

An electric vehicle will produce fewer emissions than a comparable gasoline-powered car. However, if you are looking to generate as close to zero well-to-wheel emissions as possible, not all electricity sources are created equal. If your primary motive in purchasing an electric vehicle is to be green, you should consider powering your car with a renewable energy source that you can generate at your home (such as solar, wind, or geothermal energy).

When purchasing an electric vehicle, homeowners often consider pairing it with a solar panel system on their roof to charge their car. An average home with a 5 kW installation pays around $10,465 for their solar panel system. Payback period varies depending on your location, but most homes throughout the country break even on the investment of solar panels by year seven.

Your solar savings can be even larger and payback even quicker when pairing an installation with an electric vehicle. Why? Installing solar means you eliminate what you typically pay for gasoline, and power your vehicle with free electricity produced by your panels. You may even want to consider oversizing your solar panel system in order to build the capacity to charge your electric vehicle. The number of additional panels you’d need to power your EV is going to depend on the efficiency of the car, how often you drive it, and the solar potential of the area you’re looking to install on.

Even if you can’t generate your own renewable energy at your property for your EV to use, you can look into subscribing to a community solar share or changing your electricity supplier to a “green power” option that uses renewable energy sources. Community solar is rapidly expanding across the country, and the majority of utility companies today also have options to specifically purchase electricity from renewable resources.

Outside of the resource used to produce your power, another reason why electric vehicles are considered more sustainable than traditional vehicles is because electric car efficiency is higher. When the gasoline in conventional vehicles combusts to power the car, approximately 17 to 21 percent of the energy is converted into power for the car. EVs, on the other hand, are able to convert 59 to 62 percent of the electric energy to power for the vehicle.

When comparing an EV option to a conventional gasoline vehicle (or even a hybrid option), car shoppers also often evaluate MPGe, otherwise known as miles per gallon equivalent (of gasoline). The EPA calculates MPGe by representing the number of miles a vehicle can go given the same (or equivalent) amount of energy that would be contained in one gallon of gasoline. The average MPG of a typical gasoline-powered car is around 24.7 miles per gallon. While that’s much more efficient than in the past, it’s not much when compared to the MPGe of electric vehicles on the market today. Electric vehicles available now can have a comparable “fuel economy” of as high as 100 MPGe – more than quadruple the efficiency of conventional vehicles.

Pros and cons of electric cars

Health and environmental benefits of solar