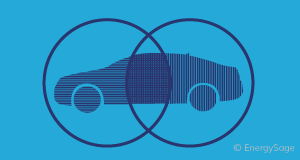 Since the introduction of the Toyota Prius in the United States in 2001, hybrid cars have spread rapidly in availability, with most brands producing hybrid cars of varying types. Today, most car manufacturers will produce hybrid models of their most popular cars, as well as hybrid-only models. Navigating the diverse hybrid vehicle market can be challenging due to the number of options available, and it is important to understand what certain vehicles have to offer as you explore your options.

A hybrid electric vehicle, for all practical purposes, runs the same way a conventional internal combustion engine (ICE) car does. You drive until your gas tank is almost empty, at which point you go to a gas station and fill back up. HEVs are different from ICEs in that they don’t just use gasoline to power their engine – at low speeds, HEVs draw their power from their electric motor, which is charged through both the combustion engine and regenerative braking.

You can’t manually charge your HEV battery. The electric charge simply helps to increase fuel economy far beyond what a combustion engine alone can achieve. The main fuel source for HEVs is still gasoline, and the battery acts as a supplemental fuel.

What is regenerative braking for electric cars?

Regenerative braking uses the kinetic energy from your vehicle’s motion to create electricity on the go. When brakes are applied in conventional vehicles, brake pads produce friction with the brake rotors, and the energy that flows to the brakes dissipates as heat and is lost. In an electric or hybrid car, applying the brake pedal puts the electric motor in reverse which causes it to run backwards, slowing down the car. The motor acts as an electrical generator in this reverse state, putting electricity back into the car battery. Regenerative brakes work best in city driving conditions, with constant starts and stops. 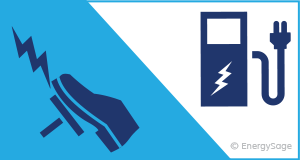 Plug-in hybrids have the added benefit of being able to charge the electric battery through an external plug-in charger. Unlike HEVs, PHEVs rely on electricity as their primary fuel source, and use the gasoline engine to supplement mostly electric driving. Because the electric motor is the primary source of fuel, your energy savings (and emissions reductions) in a PHEV will be higher than in a standard hybrid. It follows that any PHEV owner needs to know where local charging stations are, and potentially invest in a home charging unit. Depending on your driving habits, it is possible to drive a PHEV and barely ever go to a gas station.

Nowadays, almost every car manufacturer offers at least one hybrid vehicle. Whether they produce a standard or plug-in hybrid, many manufacturers offer several hybrid options, often including hybrid versions of their most popular models.

Below are some manufacturers who are known to produce quality HEVs and PHEVs, with the hybrid vehicles they produce. Models with plug-in capabilities are noted.

The hybrid with the best fuel economy is the Hyundai Ioniq Hybrid, which has an EPA-estimated miles per gallon (MPG) rating in the high 50s. The Ioniq also boasts the lowest list price of any car on this list. The best selling hybrid in the United States is the Toyota Prius, with the Ford Fusion Hybrid close behind in second place.

Each hybrid above has unique features and benefits. Consider all of your options when looking at an alternative energy vehicle to make the most informed and smart decision.

Can you charge your EV with solar?