Chevy Bolt charging stations: everything you need to know 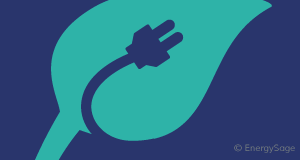 The Chevrolet Bolt is the first mainstream electric car that can travel over 200 miles on a single charge, making it a great option for electric vehicle owners who want to use their car for more than just errands around town. Understanding your Chevy Bolt charging station options is an important part of electric car ownership.

Level 1 electric car chargers are the least expensive option, and are typically provided when you purchase your Chevy Bolt. Level 1 chargers plug into a standard wall outlet. They are also the slowest type of EV charger available. A standard Chevy Bolt Level 1 charging station will be able to offer about 4 miles of range per hour of charging. The Bolt has a 238 mile range, which means that it can take more than a day to charge its battery with a Level 1 charger. As a result, this type of charging station is best for overnight use at home.

Charge time for a Chevy Bolt

How much does it cost to charge a Chevy Bolt?

Electric cars like the Chevy Bolt offer significant fuel savings on a day-to-day basis thanks to their efficient use of electricity as fuel. The cost to fully charge a Chevy Bolt depends on where you live, because electricity prices vary from utility to utility and from state to state. The cost to “fill up” a Chevy Bolt battery at home ranges from just over $6.00 (in Washington state) to more than $20.00 (in Hawaii) – a high cost, but significantly lower than the equivalent cost for a tank of gas.

Cost to charge a Chevy Bolt in top states

When you buy an electric car, your fuel costs are equivalent to the cost of electricity you use to charge the car’s battery. By installing home solar panels with your EV, you can eliminate the need to pull any electricity from the grid. The result: emissions-free, low-cost electricity for both your home and your car. The average shopper on the EnergySage Solar Marketplace breaks even on their solar investment in just seven and a half years, and solar panels continue to generate useful electricity for 25+ years.

Charging stations for your electric car

Can you charge your EV with solar?